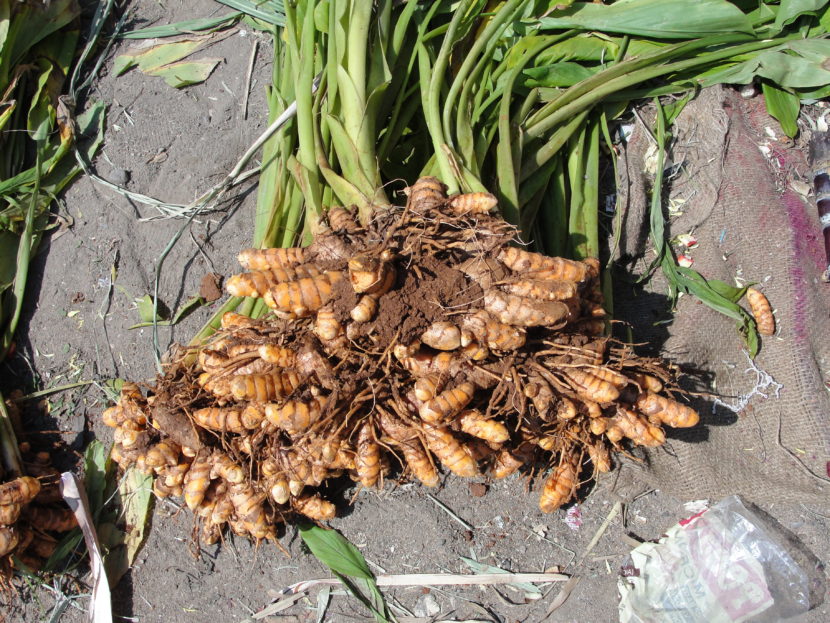 Advanced estimate of the crop yield is useful in various applications e.g. crop insurance, harvest planning, delivery estimates, etc. Advanced estimate of the crop yield can be obtained by performing the statistical analysis, however, it does not take into account the current ground realities and rely only on the historical data. The satellite remote sensing provides the ground information in near real time which can be assimilated in a crop yield prediction model to provide the improved crop yield forecast dynamically.

Though crop yield depends on many factors such as climate (e.g. maximum and minimum temperature, rainfall), nutrient, etc., relatively it depends more on soil moisture1. The Turmeric crop yield model was developed by using the satellite soil moisture and observed crop yield data. In the model, MODIS and SMOS satellite data was used for obtaining soil moisture. The observed yield data of Turmeric crop used to calibrate the model for Kharif season from 2003 to 2014 and was downloaded from data.gov.in portal. The observed yield data showed a significant temporal variability having range from 5692 to 9046 kg/ha.

The modelling was performed using copula, an advanced statistical tool to describe the dependence between variables in terms of univariate marginal distribution functions. The copula model was calibrated based on the satellite-estimated soil moisture and estimated crop yield (in kilogram/hectare). The simulated crop yield is shown in terms of expected yield along with the 50 % confidence limit (CL). The dynamic crop yield prediction model showed a significant temporal variability. As can be seen from above figure, at the end of cropping season, in Medak district, there were 50% chances of crop yield being between 5000 to 8700 kg/ha and the expected yield was 7432 kg/ha. The model can be used to monitor the growth of any crop in near real time and to predict the crop yield. If you want to know in detail how Turmeric is doing anywhere across the globe, you can write to us at contact@aapahinnovations.com.