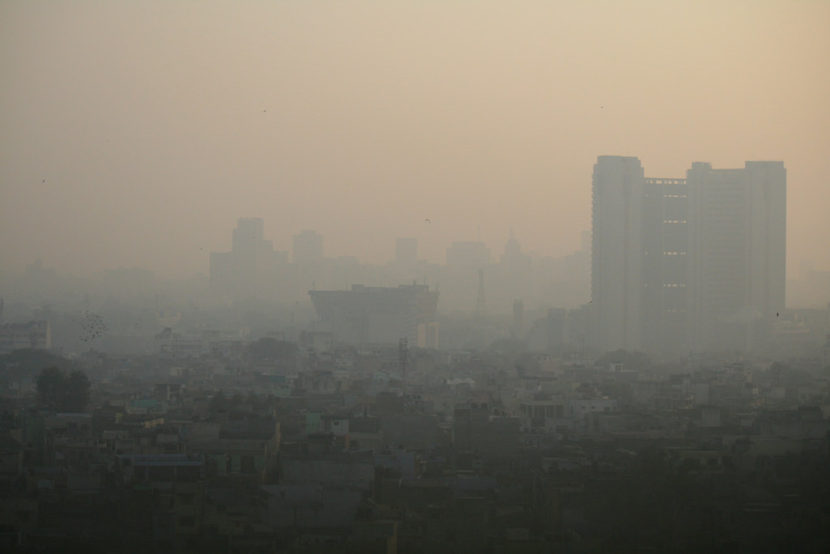 In this analysis, we used daily Aerosol Optical Thickness (AOT) at 0.55 micron, which was extracted from MODIS MOD04_3K product. It has a spatial resolution of 3km. Tiny solid and liquid particles suspended in the atmosphere are called aerosols. Examples of aerosols include windblown dust, sea salts, volcanic ash, smoke from fires, and pollution from factories1. AOT is the measure of aerosols distributed within atmosphere from the satellite. Value of AOT less than 0.1 indicates clear sky whereas a value of 4 indicates the presence of aerosols so dense that difficult to see the Sun even at afternoon.