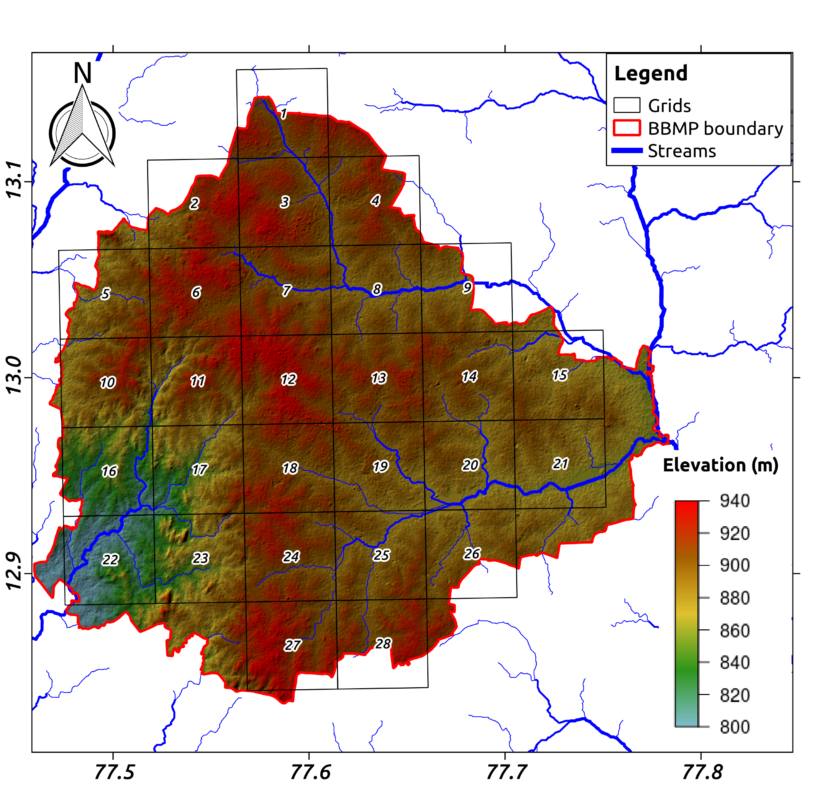 Groundwater accounts for half of Indian urban water use. However, little is known about its sustainability, because of inadequate monitoring and evaluation. We deployed a dense monitoring network in 154 locations in Bengaluru, India between 2015 and 2017. Groundwater levels collected at these locations were analyzed to understand the behavior of the city’s groundwater system. At a local scale, groundwater behavior is non-classical, with valleys showing deeper groundwater than ridge-tops. We hypothesize that this is due to relatively less pumping compared to artificial recharge from leaking pipes and wastewater in the higher, city core areas, than in the rapidly growing, lower peripheral areas, where the converse is true. In the drought year of 2016, groundwater depletion was estimated at 27 mm, or 19 Mm3 over the study area. The data show that rainfall has the potential to replenish the aquifer. High rainfall during August–September 2017 led to a mean recharge of 67 mm, or 47 Mm3 for the study area. A rainfall recharge factor of 13.5% was estimated from the data for 2016. Sustainable groundwater management in Bengaluru must account for substantial spatial socio-hydrological heterogeneity. Continuous monitoring at high spatial density will be needed to inform evidence-based policy.