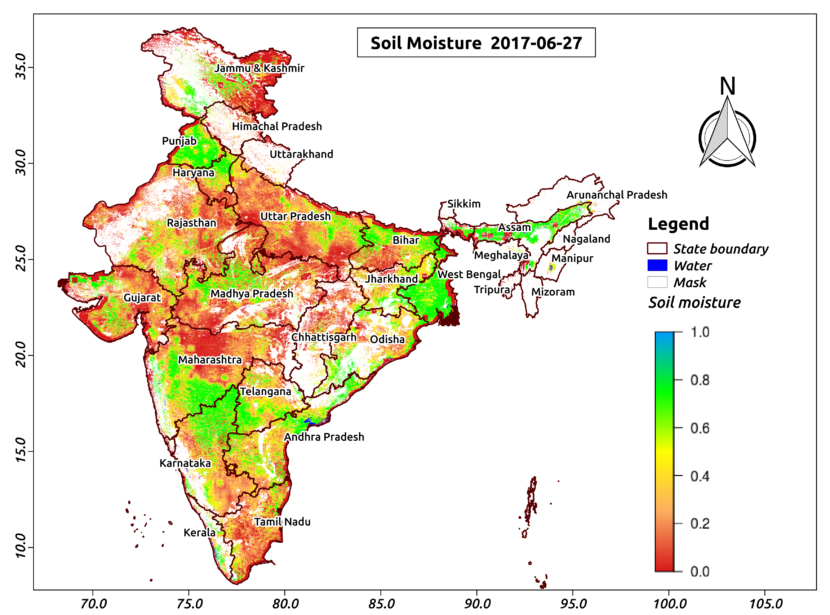 The soil moisture can be measured using ground observations manually, sensors and satellite remote sensing. Manual method requires a lot of man time and is not effective for continuous measurement over the large area. Sensors can provide continuous measurements, however, they are expensive and provide information over a point only. The satellite-based method provides an economical way to estimate the soil moisture over the large area continuously.

Aapah Innovations Pvt Ltd has developed an innovative algorithm to obtain soil moisture data at both higher spatial and temporal resolution by combining the multi-satellite data. As an example, a first of its kind of higher resolution soil moisture map over India is shown in above figure.