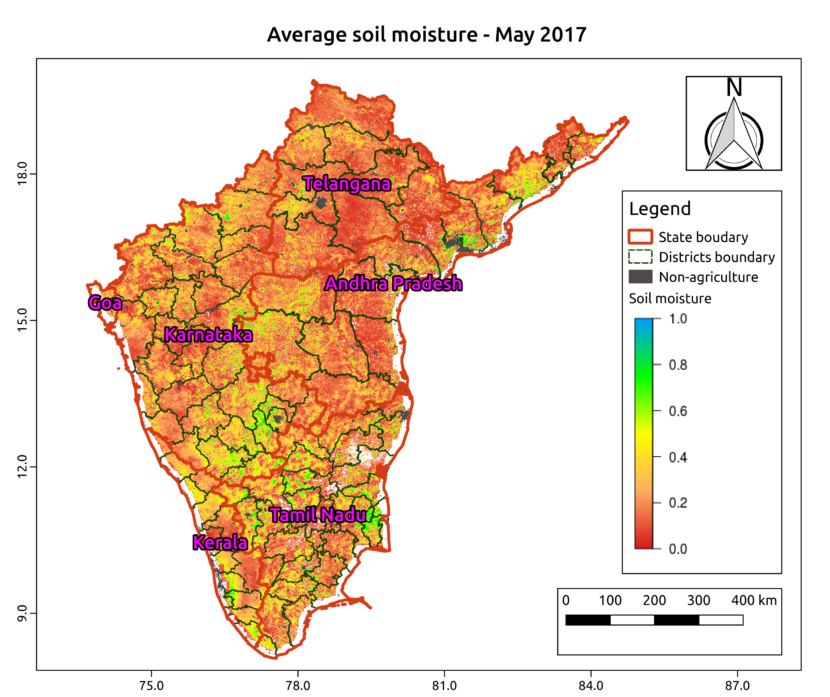 Based on the 2010-11 census, a majority of farmers holds below 1 ha land in India. Hence, the identification of drought should be done at this size and at a maximum weekly frequency. However, currently available satellites which are sensitive to soil moisture either have a high temporal (daily revisit) or higher spatial (less than 1 ha) resolution. Aapah Innovations has developed the soil moisture products by combining data from multiple satellites to provide a higher spatio-temporal (less than 1 ha at the daily frequency) soil moisture product. This product can be used to detect drought at the farm scale and monitor the area continuously.

Aapah Innovations will track the drought conditions across India during the Kharif season. As an example, the average soil moisture in May over South India is shown in the figure.