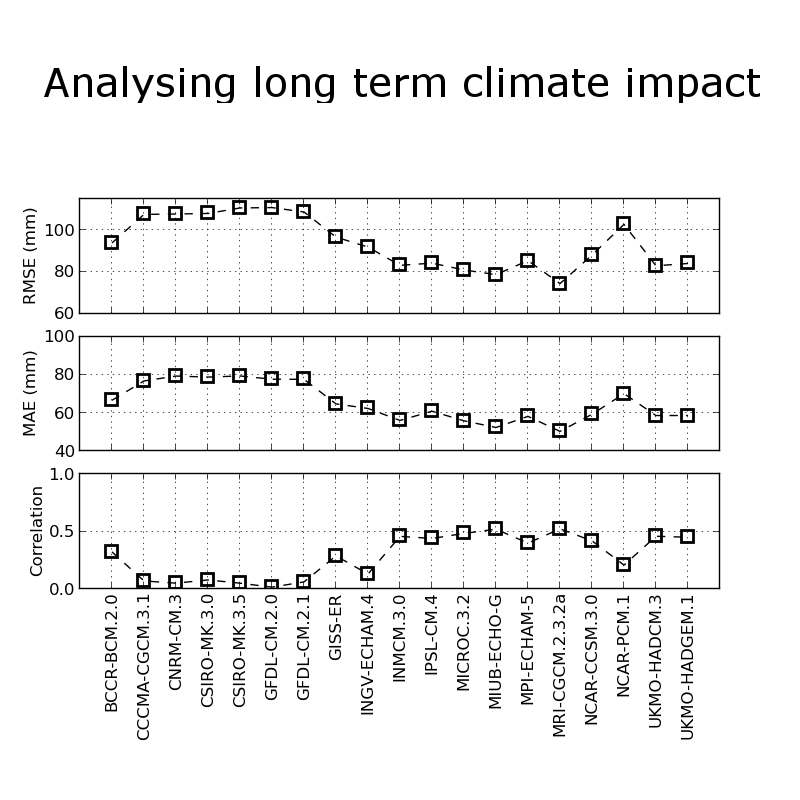 General circulation model (GCM) provides the projected rainfall for future. The GCMs contain bias and uncertainty and therefore require the validation with respect to the historical data. Hence, we compared the historical rainfall data with rainfall from GCM and found following six GCMs to be working reasonably: