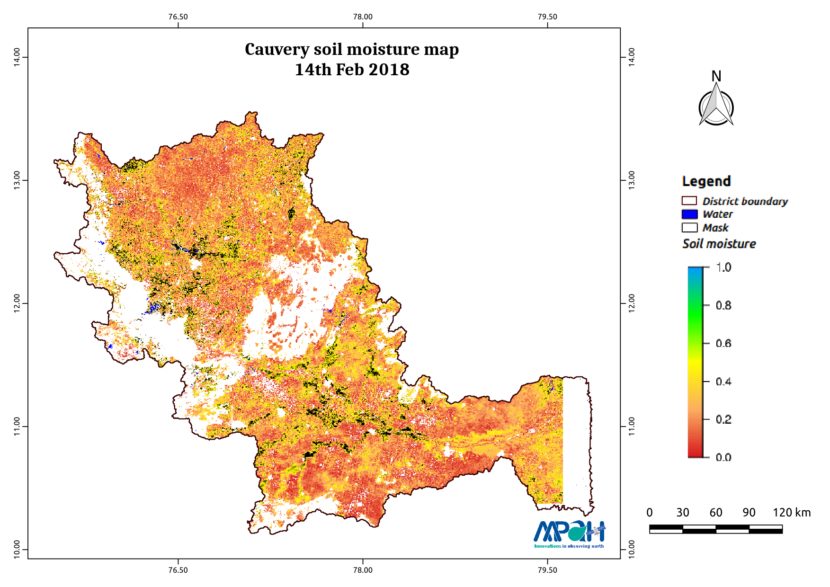 Cauvery basin, the one known for its bitter water dispute between the riparian states extends over states of Karnataka, Andhra Pradesh, Kerala and Union territory of Puducherry1. The issue that dates back to the pre-independence times still stand unresolved due to the lack of access to historic hydrologic data and lack of research2
The above soil moisture map has been prepared by Aapah innovations as an attempt to make hydrologic data understandable to the public. As evident from the map shown above, the Cauvery basin has relatively less soil moisture (as on 14th February 2018).
The soil moisture is prepared by merging data from multiple satellites using the vikleda algorithm.
Some of the applications where soil moisture is useful are:

To watch your region in real time, please check our app VATI.