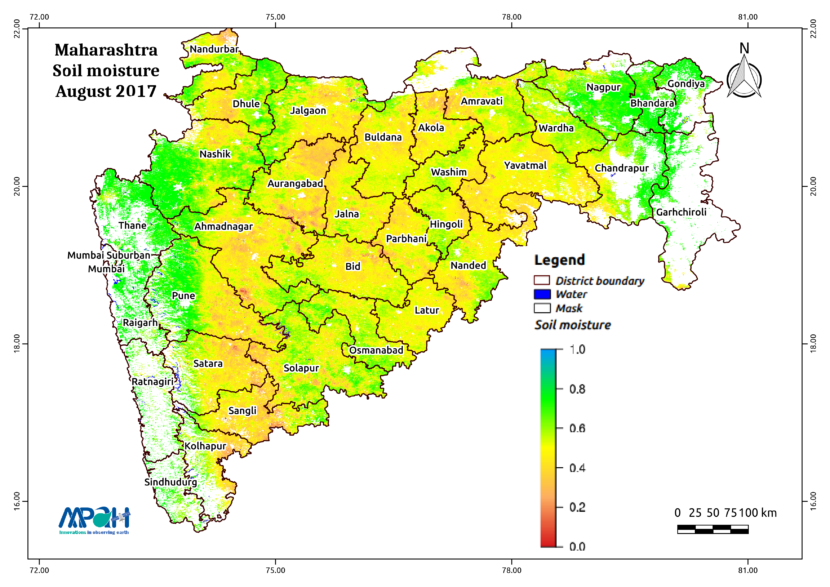 The Kharif season is approaching its end and the availability of water to crops in Maharashtra using Satellite microwave remote sensing reasonably be quantified. The satellite estimated daily soil moisture is converted into monthly average relative soil moisture for June-September 2017 as shown in the figures.

During June, relative soil moisture varies from 0 to 0.8. Soil moisture is low in most part of the state except few patches in certain districts such as Ahmadnagar, Pune, Satara, Solapur, Osmanabad and Sangali. The low soil moisture in June had impacted the sowing activities adversaly1.

In July, relative soil moisture was better than June in most of the states, however still below 0.5. Though the soil moisture improved in July, however, it was still not sufficient to eliminate the water stress in the crops and provide a conductive environment for the crops to grow. 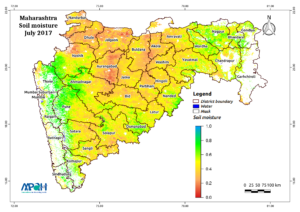 Subsequently, Soil moisture in August improved significantly that varied from 0.4 to 0.8, except some districts such as Amaravati, Aurangabad, Nashik and Pune division, having soil moisture below 0.3. This being the time for the grain filling activities of crops, the yield in these districts is expected to adversely impacted. 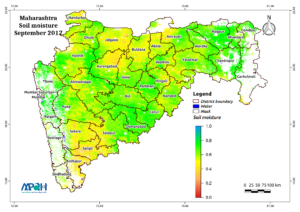 To get more insight at fine scale, you can write to us at contact@aapahinnovations.com.